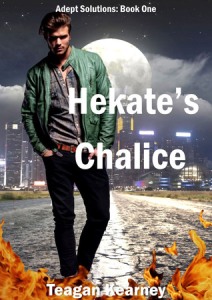 A stolen artifact. An imminent deadline. A tenacious investigator.

JB runs a private detective agency for the magickally challenged, but if business doesn’t pick up soon, he’ll have to close the doors for good. When someone steals Hekate’s chalice, JB and his maverick team jump at the chance to track down the supernatural object. They’re resourceful and determined, but can they outsmart wizards, witches, and daemons before the client’s deadline expires?

If you like gripping mysteries interwoven with generous doses of magic and humor, then you’re going to love ‘Hekate’s Chalice’, the first volume of the ‘Adept Solutions’ series.
Enter this imaginatively creative world today.

Hekate’s Chalice is a very good start for a new urban fantasy series that has a lot of potential. It is a short novella (only 91pages); but, Teagan Kearney gives the reader plenty to pique one’s interest.

We are introduced to the main character, JB, who runs a supernatural detective agency. When I read the synopsis, I immediately thought of Harry Dresden. JB is not a wizard; instead he is a hybrid of daemon, elf and human. That, to me, is an interesting mix. His associates in his agency are also varying degrees of supernatural creatures: imps, fairies, and I’m not sure what else. I liked the mix of the supernatural creatures in the story and that gave the book a lot of texture and potential story lines.

Since this is a short novella, I’m hoping the upcoming novels will have more world-building and character development. This story was just a quick glimpse into this world. I’m looking forward to learn more about Tropolis. Where is this city and how was it created? How was the world created? Were supernaturals always known to humans or did some event trigger the supernatural appearance? I have lots of questions and I’m looking forward to the answers.

The main characters have a lot of potential as well. JB seems to be tall, dark and handsome who wears the white hat. Nikki seems to be his work partner and back up. Gemma is his would be love interest. Zhanna is the wild and crazy fairy. Finally, there is Jason, Gemma’s twin brother. I’m not sure what to make of him.  It should be very interesting how all these characters interact and develop.

Overall, I found this novella to be a very intriguing introduction to a new series. I’m really looking forward to upcoming sequels to learn more of this supernatural world. 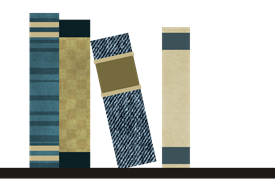